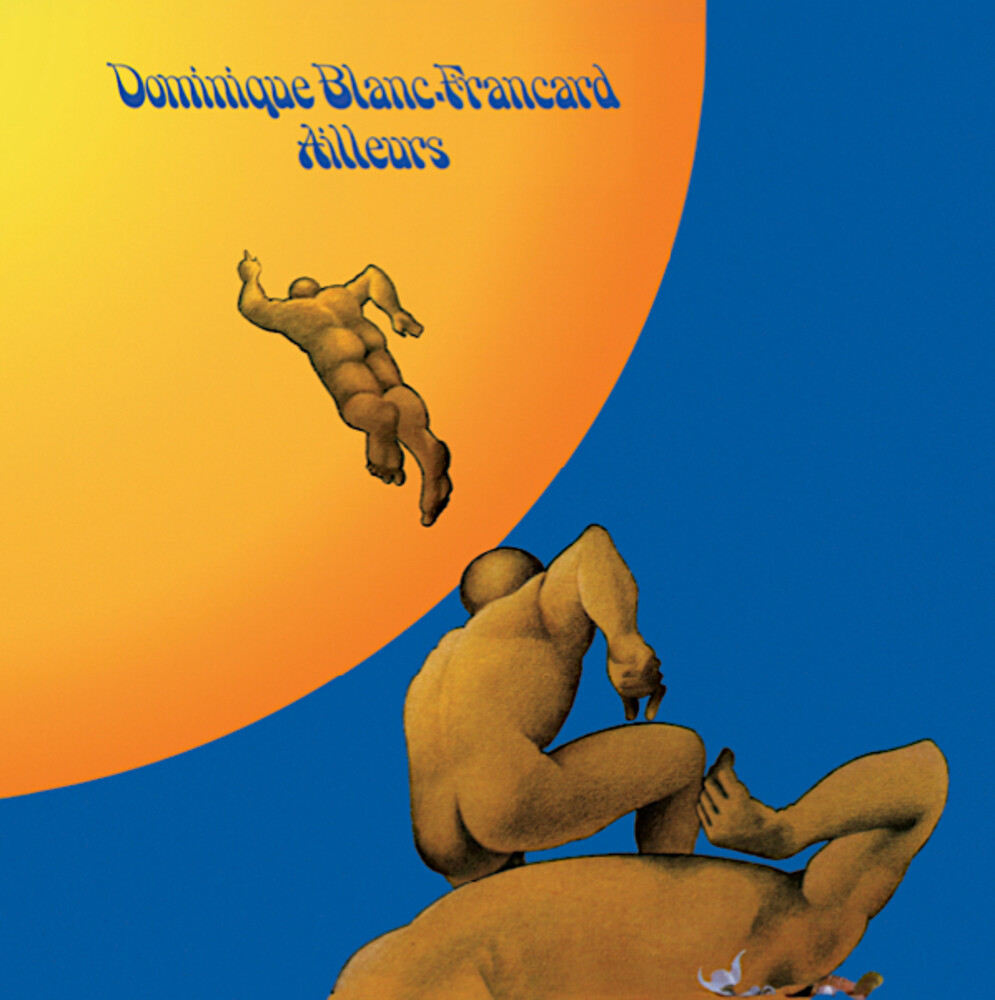 Dominique Blanc-Francard's "Ailleurs" is trippy and weird... and yet... The songs are catchy and the album rocks out. Fuzzy guitar, chunky drums, weird effects, a thick mix of layers of sound - all tasty ingredients. Pink Floyd meets T-Rex? It's a terrific recipe, which surely must describe other albums? Even so, we can't think of another album that sounds quite like "Ailleurs." Without realizing it, you've probably already listened to Dominique Blanc-Francard's work - as a sound engineer. DBF (as his intimate friends call him), worked from 1970 to 1973 at the mythical Chateau d'HĂ©rouville studio under the leadership of Michel Magne, the legendary composer of soundtracks such as Les Tontons Flingueurs, FantĂ´mas, and AngĂ©lique. The studio was the famous "Honky ChĂ˘teau' of Elton John, a place where Dominique Blanc-Francard participated in recordings by Pink Floyd, David Bowie, T. Rex, Elton John, and Cat Stevens Pink Floyd. You can also find DBF's involvement on records by Magma, Cour Magique, Gong, Catharsis, Ergo Sum, Zoo, Markusfeld, Axis and the compilation "Puissance 13+2" (Power 13 + 2), recently reissued in all it's glory by one of your favorite labels (we hope), Lion Productions. Here, DBF was able to collaborate with famous producers such as Paul Samwell-Smith, Gus Dudgeon, and Tony Visconti. Since then, DBF has worked with all the French artistic upper-crust: Jacques Dutronc, FranĂ§oise Hardy, Jane Birkin and others. But in 1972, it was Pink Floyd and King Crimson and Led Zeppelin who were on DBF's mind. DBF: "In April 1972, at the time we recorded this album, French pop was stuck between Claude FranĂ§ois, Joe Dassin, Sheila and Mike Bran - in other words, music with very little creativity. I was 28 already and wanted to show what I could do." Pink Floyd was a big influence on this LP... as well as King Crimson and Led Zeppelin. 'I remember the tremendous shock I had when I first heard King Crimson's '20th Century Schizoid Man,' with it's distorted voices. When I listened to the Crimson album, I saw on it's cover that it was recorded in four days. I thought, 'there's no reason not to be able to do the same.'" With 'Ailleurs' released in 1972 on Riviera, a subdivision of Barclay, DBF offered to a world that quite frankly wasn't looking for or expecting it, a wonderful LP - an album as unclassifiable as it is enjoyable (it is both). The Barclay promotions department was thrilled and asked DBF to perform on television. He had no wish to sing in front of people. He called it a day as a performer, just like that.