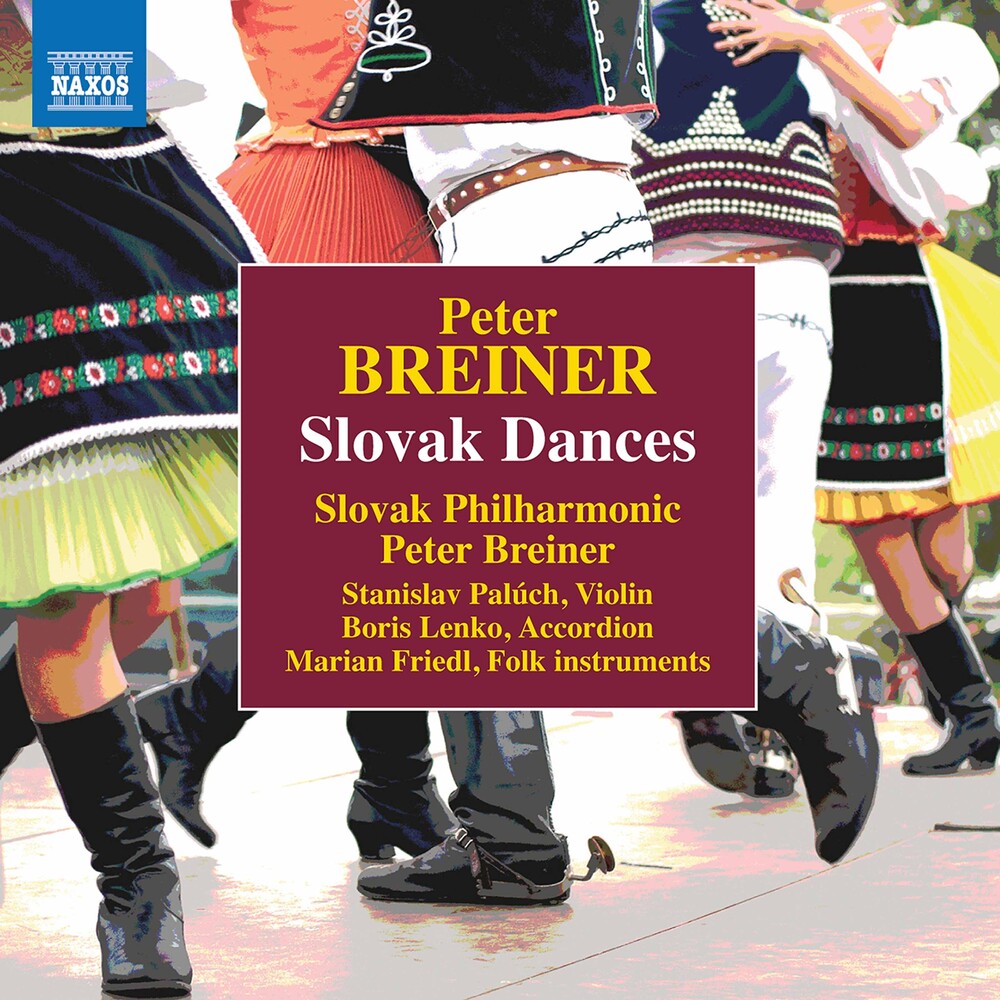 Peter Breiner is one of the world's most performed composer/arrangers, with a boundless musicality that has led him to create fusions of music from a variety of genres. Drawing on traditions established by Brahms and DvorĂˇk and showcasing leading folk music soloists, his Slovak Dances are an exuberant and kaleidoscopic monument rooted in Slovak musical folklore. It comprises 16 symphonic fantasias on songs that evoke varying emotions with an autobiographical element that follows Breiner's life from his origins in HumennĂ© and Kosice to New York. Peter Brenier boasts over 200 albums released and multiple streams and downloads. Known as a conductor, composer, pianist and arranger, he has conducted, often doubling as a pianist, the Royal Philharmonic Orchestra, the Bournemouth, Jerusalem, New Zealand, Moscow and Polish National Radio Symphony Orchestras, the Hong Kong Philharmonic Orchestra, the Slovak Philharmonic and the Orchestre National de France, to mention just a few. His compositions and arrangements have been played in concerts and broadcast worldwide, and some of the most prestigious ballet companies have used his music in numerous performances.