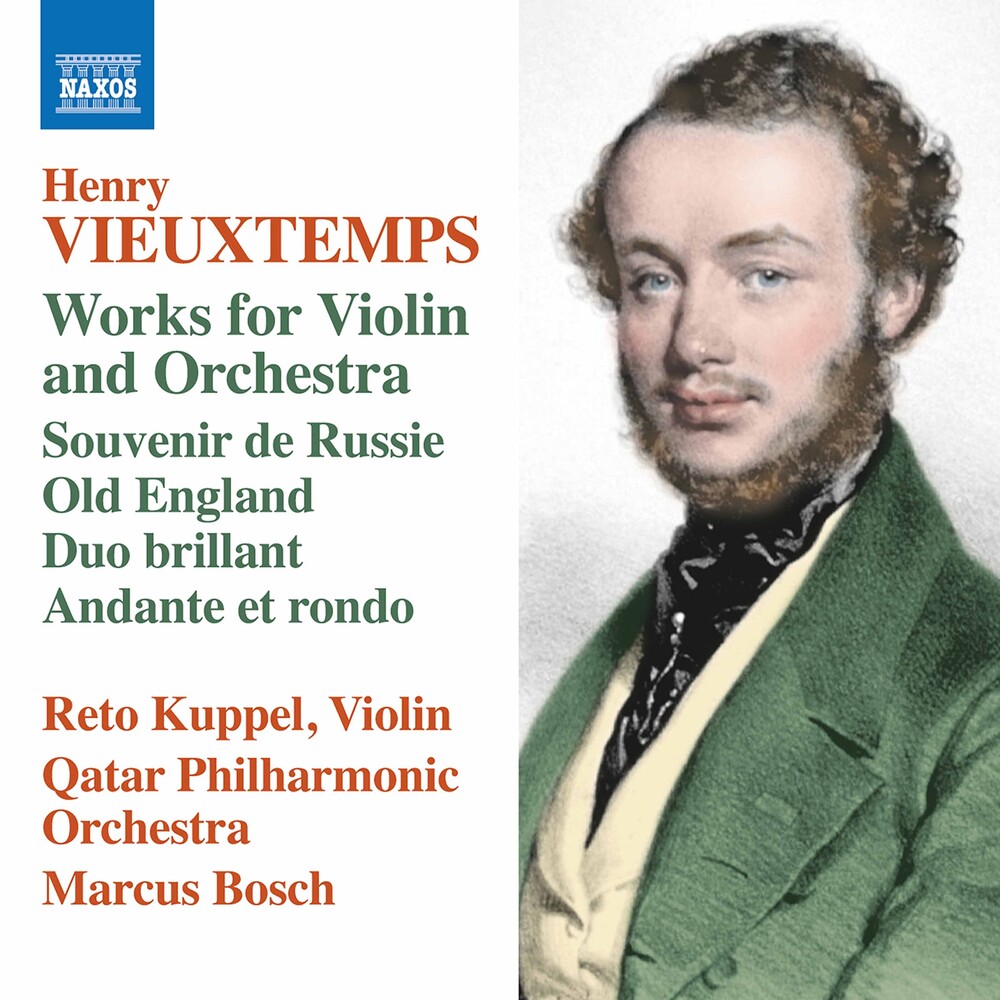 Henry Vieuxtemps was a towering figure in the line of 19th-century violinist-composers, receiving admiration from Wagner, Chopin and Berlioz. A virtuoso in the Paganini tradition, Vieuxtemps was also one of the first to employ a full Romantic orchestral palette in his concertante works and to imbue them with a true 'symphonic' conception, as these examples show. They include the Duo brillant, Op. 39 - a dramatic and expressive mini double concerto for violin and cello, the bravura caprice Old England, Op. 42 and the Air varié, Op. 6 with it's rich lyricism, four variations and dashing coda. As a soloist, orchestra concertmaster, chamber musician, and educator, violinist Reto Kuppel has been a prominent contemporary figure on the German musical scene. A winner of the International Château de Courcillon Violin Competition, he has performed throughout Europe, Asia and the US. Kuppel studied with Andreas Röhn at the Hochschule für Musik und Theater Hamburg and Dorothy DeLay at The Juilliard School. He studied chamber music with Ralf Gothoni, Herman Krebbers and Felix Galimir, and is an avid chamber performer, also appearing with string quartets.