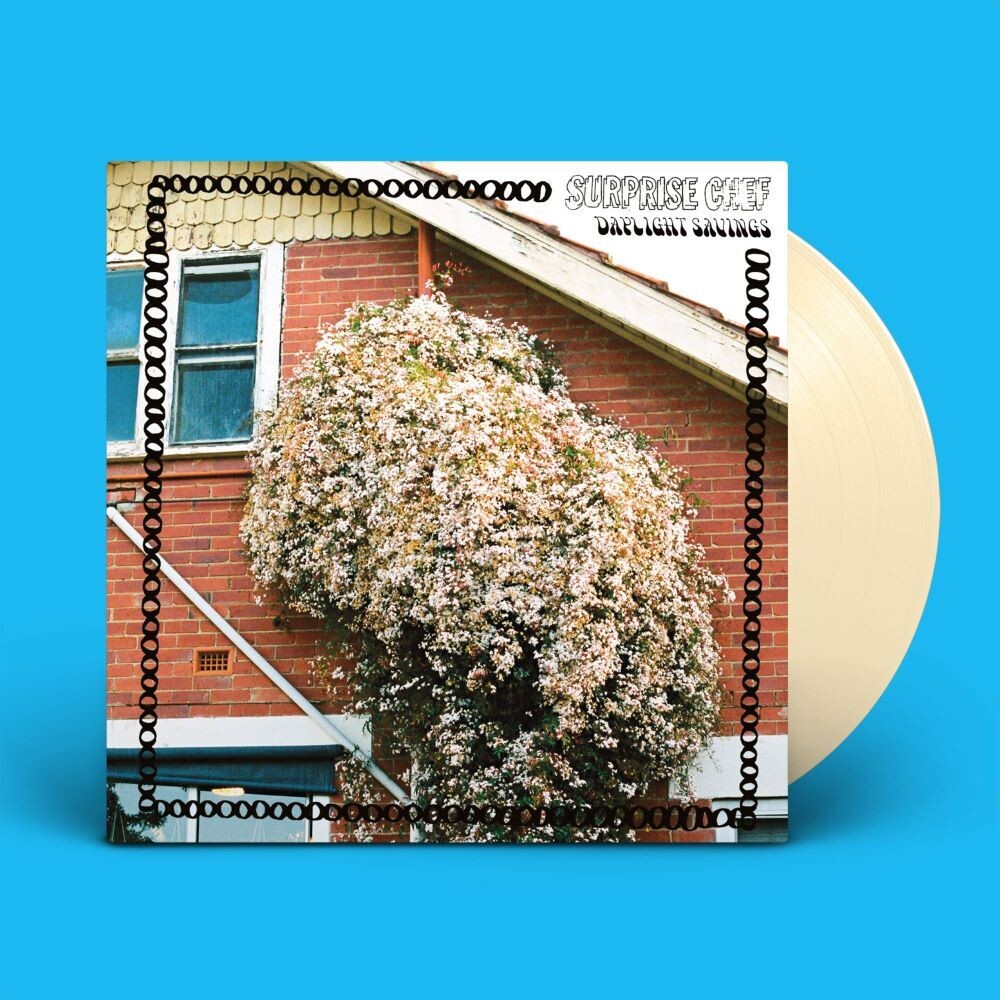 Being the humble guys that they are, Surprise Chef aren't going to admit they have something very special going down. However, there must be some magic in their studio, or maybe in the fact they all share a house and have formed close bonds, or perhaps from absorbing the DIY ethos of running their own record label that has culminated in such a unique and enchanting sound. 'Daylight Savings' is the follow-up to the group's debut album 'All News Is Good News'. That album earned the band a much-deserved following across the world and triumphantly marked their arrival onto the international stage. Their new album was recorded in Spring 2019, almost exactly a year after they recorded 'All News Is Good News'. It was the weekend that daylight savings time started in Australia, and the studio was filled with the smell of the towering Jasmine bush on the exterior back wall of the house. The record is subsequently filled with the optimism that comes with the impending warmer months and longer days in Australia.Recorded in their own home studio in Melbourne, the production approach for 'Daylight Savings' is a big step up from their debut. Engineer, Henry Jenkins, created enormous-sounding space within this record, using a great deal of creative analogue recording techniques and working in an expansive recording environment. The results are a sound that emulates the massiveness of the late-60s Capitol Records.'Daylight Savings' was written collaboratively by the whole band and features the core Surprise Chef rhythm section. It expands upon where their debut left off with a leaning more towards 70's jazzfunk than soul and a stronger focus on the rhythm section. There's the epic drama, ebbs and flows of a vintage David Axelrod or Alain Goraguer cinematic production, plus the influence of El Michels Affair and Melbourne bands Karate Boogaloo and The Putbacks, yet it still sounds uniquely Surprise Chef. You get a sense of that rare attribute of being both a contemporary band and a band you expect it won't be too long before other producers start sampling them.