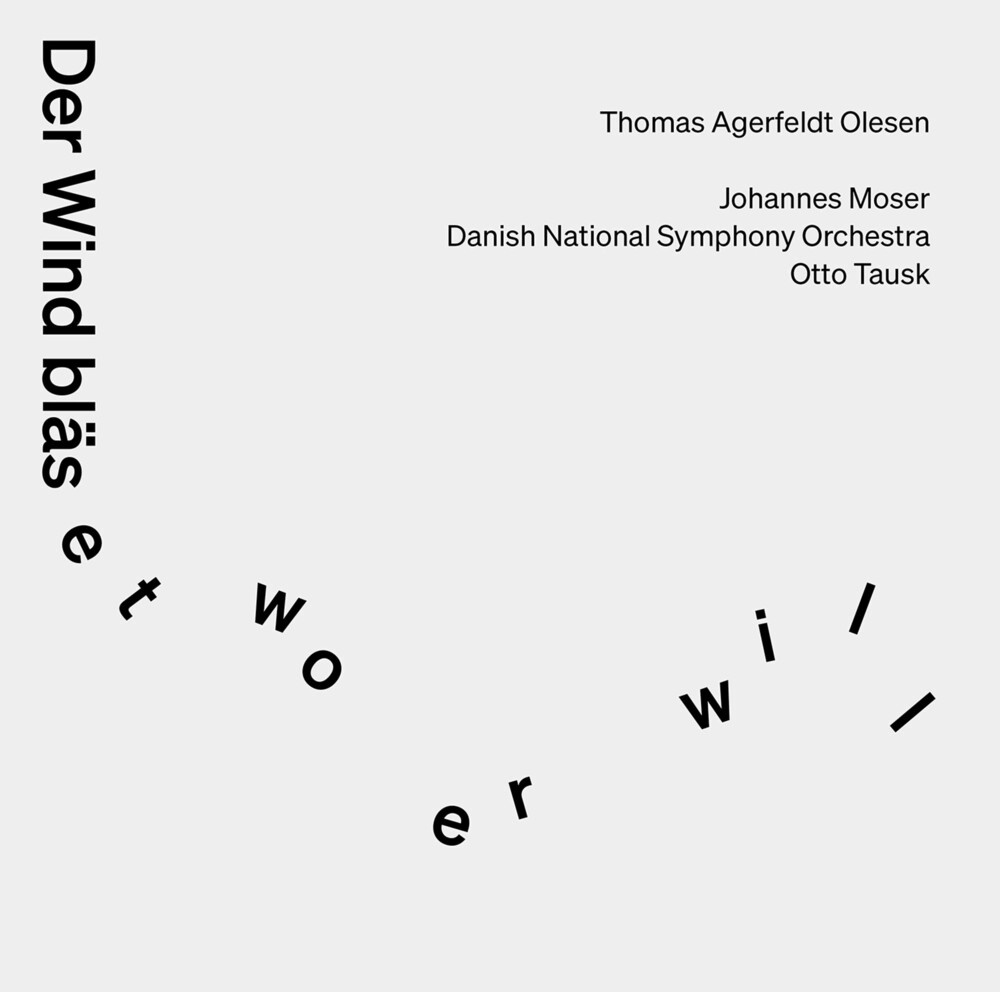 Danish composer Thomas Agerfeldt Olesen brings together two of his major orchestral works of the 2010s, Der Wind bläset wo er will and his Cello Concerto, for his third release on Dacapo Records. Olesen's stunning music is about life and about being alive: each piece is a world unto itself. They are recorded here with cellist Johannes Moser and the Danish National Symphony Orchestra under the direction of Otto Tausk. Thomas Agerfeldt Olesen trained both as a cellist and composer at the Royal Danish Academy of Music in Aarhus. As a composer he studied with Karl Aage Rasmussen, Bent Sorensen and Olav Anton Thommesen at the Academy and privately with Henryk Gorecki and Poul Ruders. He has been the leader of Ensemble 2000 and chairman of the Aarhus Young Composers Society, and is at present director of the SPOR Festival in Århus. Outside Denmark TAO's music has been performed in Germany, England, France, Greece, Norway, Sweden, Chile, Russia and Finland.