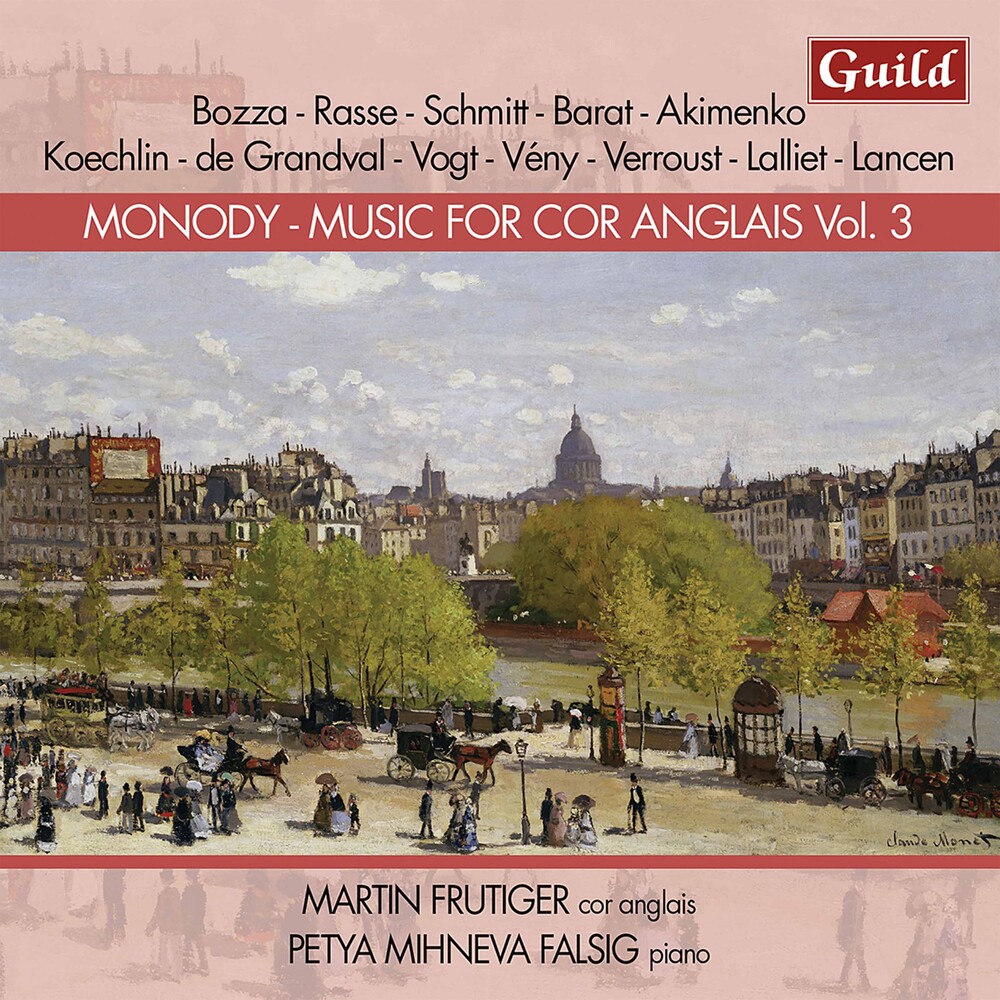 The focus for Martin Frutiger's third album of works for cor anglais and piano is on romantic-impressionist French music, with works by Koechlin and Bozza, but also first recordings of the Quatre PiĂ¨ces by ClĂ©mence de Grandval, a Saint-SaĂ«ns student and romantic virtuoso. There are also works by the legendary French oboe teacher Gustave Vogt and his students together with a few rarities from Florent Schmitt, FranĂ§ois Rasse, Edouard Barat and others. This album, therefore, means the entire European, romantic original repertoire for cor anglais and piano are covered in a trilogy of albums on Guild: "Melody" - Works for cor anglais Vol. 1, "Elegy" - Works for cor anglaise Vol. 2, and this album "Monody" covering French repertoire. Martin Frutiger was born in Bern. During his school days he studied with Professor Hans Elhorst at the Bern University of the Arts. He continued his oboe studies at the University of Music and Performing Arts Munich in the master class of Professor Gunther Passin. From 2001 to 2003 he played in the Orchester-Akademie of the Berliner Philharmoniker. Since 2004, he has been principal cor anglais player with the Tonhalle Orchestra Zurich. Martin Frutiger plays a cor anglais built by Buffet Crampon of Paris. Bulgarian Pianist Petya Mihneva Falsig studied at the State Academy of Music in Sofia and at the Bern University of the Arts, where she received her concert diploma in 2007. She completed her education at the Zurich University of the Arts in the class of professor Eckart Heiligers and received her diploma in piano chamber music with distinction in 2009. As a concert pianist and passionate chamber musician, she has given concerts throughout Europe, New Zealand and South Korea, including performances in European music festivals such as the Feldkirch Festival and the Biennale Bern.
back to top