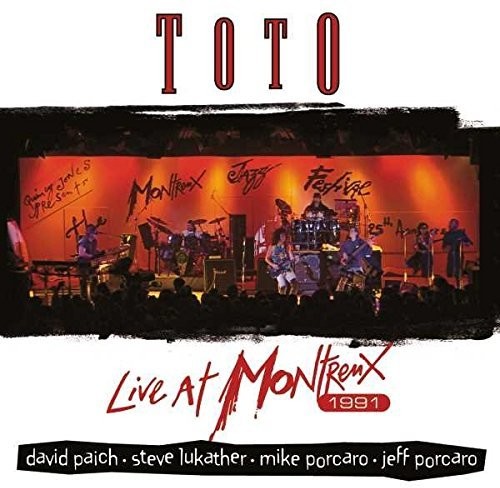 Toto has welcomed many different band members across their long career but in the early '90s they had a short period as a four-piece featuring Steve Lukather (guitar and lead vocals), David Paich (keyboards and vocals), Jeff Porcaro (drums and percussion) and Mike Porcaro (bass). The line-up, with some additional touring members, performed this concert at Montreux in July 1991 and would go on to make the Kingdom Of Desire album released in 1992, shortly after the tragic early death of drummer Jeff Porcaro. The Montreux show, now being released for the first time, combines then unreleased tracks from the Kingdom Of Desire album with classic hits and covers of songs by Jimi Hendrix and Sly Stone. It is a perfect addition to any Toto fan's collection.